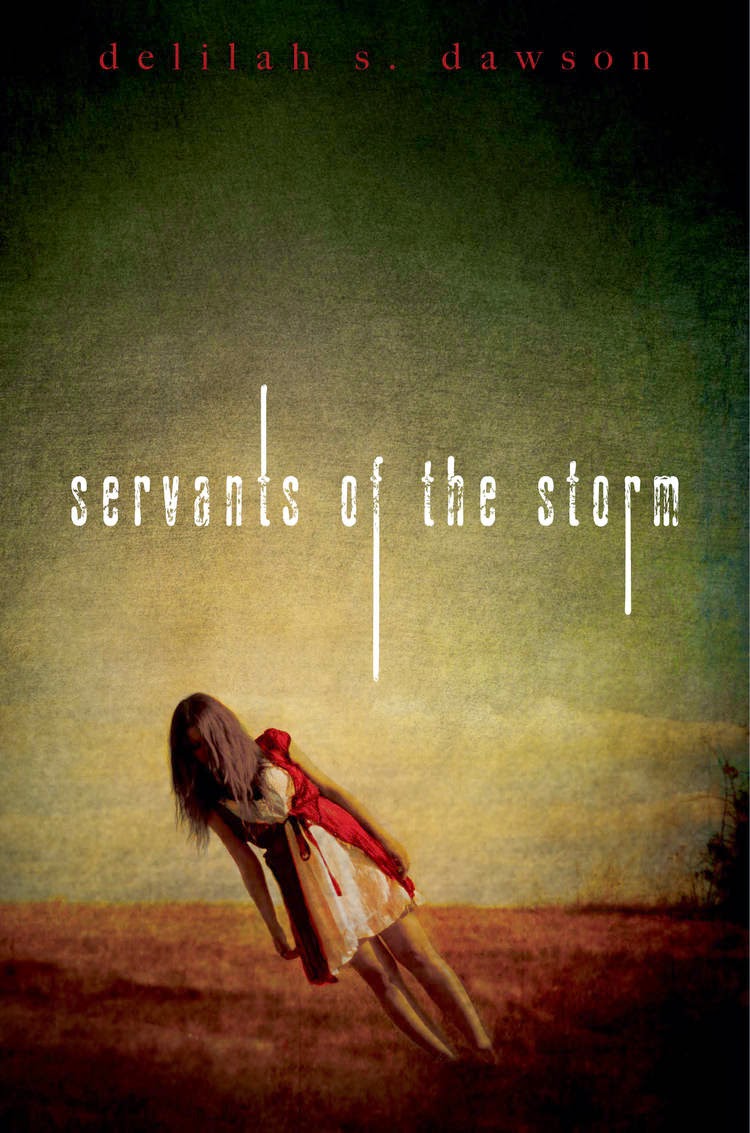 Hi everyone! I'm really excited to welcome Delilah to my website to talk about her newest release, SERVANTS OF THE STORM. Ever since I read the blurb and saw the cover for this book, I've been excited to get my hands on this book. I'm already halfway through it, and it's so so so so so so good.
You can buy it at Amazon, Barnes and Nobles, and other book stores of your choosing.
Without further ado, here's Delilah.
*Edited to add: I am so sorry this didn't post first thing this morning like I had it scheduled. I have no idea what went wrong, and I didn't get to my computer until just now because basically everything from leaky faucets to toddlers refusing to nap happened today.
Describe yourself in one tweet:

What is your favorite paragraph in SERVANTS OF THE STORM?

Honestly? I have no idea. I gave away my last ARC and am waiting for my author copies to be delivered. ;) I really love the creepy dream scene, which was the first scene I wrote in the book.

Where did the idea for SERVANTS OF THE STORM come from?

This: http://www.lovethesepics.com/2011/05/creepy-crusty-crumbling-illegal-tour-of-abandoned-six-flags-new-orleans-75-pics/ I saw these pics of Six Flags New Orleans after Hurricane Katrina and had to write about it. Dovey herself came from an ad flier from Ulta. Add in my husband's stories about growing up in Savannah plus demons, and you've got it.

SERVANTS OF THE STORM has a dark tone to it—demons, dead best friends, hurricanes—than even your Blud series, which has an occasional satisfying dark bent to it. Was it difficult to separate yourself from the grief and loss (I assume) Dovey feels? How did you juggle writing an emotionally heavy book with real life?

Experience. ;) I had an emotionally rough childhood and learned to lock those memories up and focus on the good parts. I also have a very dark playlist that I used every time I was writing or editing Servants, and I conditioned myself to be in that world when I heard the music. Once the music was off, the darkness lifted. Of course, now, when I hear Saturnalia by The Gutter Twins, I immediately feel precarious and vulnerable and bleak.

I have since listening to this entire album and guys, it's moody dark goodness.
Did you do anything different to prepare for writing a YA Southern Gothic (read certain books, watch certain movies) since your other books are romance/steampunk?

I write whatever idea obsesses me and completely immerse myself in that world. I did take a few research trips, including visits to Savannah cemeteries and some great horse-drawn carriage tours with my brother-in-law, The Dread Pirate Robert. I don't actually use movies to help me get into book worlds, although I do watch Pride and Prejudice a lot when writing Blud and Firefly when trying to make characters more complex.

Do you have any tips for people writing Southern Gothic/Gothic horror?

If you're not intimately familiar with the setting, go there and *feel* it. I originally wanted to write about New Orleans and Katrina, but I'd never been to New Orleans and didn't want to dishonor anyone who'd lived through a real hurricane. So I moved the story to Savannah, where my husband is from, and mined him (and our visits there) for setting details. The alley where Dovey takes her trash is the alley behind the house where he grew up. Paper Moon Cafe was a real coffee shop that my husband took me to in the 90s. The smell and feel of Savannah, the way the heat sits on you and the trees go skeletal with moss like a scarf-- that's very real, and you can't write those details unless you've experienced them. Picking a dark place like Savannah helps. :)

Did you find it difficult to get into that creepy, atmospheric mind set while writing or did it come naturally?

Very naturally. I'm a creepy girl, and Savannah is a creepy place. I feel quite at home in cemeteries.

I’ve read that you enjoy reading horror, one of my favorite genres. Any horror recommendations?

I need to read current horror books more widely, but I started reading Stephen King when I was 11 or so, and it influenced me heavily. I did blurb ASK ME by Kimberly Pauley, which is a fun YA that has forever scared me away from Florida forests. And I recently bought ROT AND RUIN by Jonathan Maberry, so I need to get on that.

I know you occasionally post your Spotify playlist for your novels. Are there any specific bands or songs that you feel encompasses SERVANTS best?

There is a playlist for SERVANTS, but the core of it is the Saturnalia album by The Gutter Twins. I have never listened to music so bleak and dark and powerful. It feels like walls crumbling, to me.

(Whenever I hear Florence and the Machine’s What the Water Gave Me, I get the same sort of feels the cover for SERVANTS OF THE STORM gives me: drowning, watery graves, swampy isolation, unquiet spirits.)

You are extremely good at world building, both in creating worlds and rendering them without going too short or too long. Did you read books on world building, or was it all trial and error? If you were to give aspiring writers three pieces of advice for efficient world building, what would it be?

I've always been an avid reader, and world building came relatively naturally to me. My first books were actually flawed in that the worlds were rich and specific, while the characters were flat and almost cardboard cut-outs. I teach a class on world building for LitReactor (http://litreactor.com/classes/become-a-god-with-delilah-s-dawson) that includes lots of tips and a first chapter critique. But if I had to choose only three pieces of advice, I would say:
1. Your world must be internally consistent, which means environment must gel with religion, science, society. It has to make sense.
2. Your world must challenge your characters; it can't be too easy.
3. Maximize details to draw your world in text instead of purple prose. When I see a big paragraph that starts with, "The hills were…" I tune out. If you're bored writing or reading it, your readers will be bored.

(Delilah also teaches a kick-ass class on world building here, if you want to find out more)

When you have a new idea, is there a certain process you use to tease the idea into a novel, or do you just let it simmer until you feel like you have enough to start writing?

I don't start writing until I know the world and main character, the beginning of the story, the instigating factor that changes things, the climax, and the ending. So when I have an idea, I write it down in my notebook and cogitate on it. If it obsesses me, I start building a playlist. Once I have all those things and can't wait a single second longer, that's when I start writing.

I think most beginners start writing before they know enough about their character and world, and that's how you end up with a first chapter that's a solid info dump, where the character wakes up, looks in a mirror to describe their physicality, meditates on what's wrong with their life, stares out the window and describes what they see, etc. Your story should have plot from page one, and that plot should raise questions that draw the reader along.

First draft = manic, sleepless, write as fast as possible, straight through. Edits = driven, grouchy, eats trash, stays up late. Line edits = studious, thoughtful, measured. Basically, when I'm obsessed, I'm obsessed. I have two small children and a husband who works at home, so I write whenever I can.

While writing, what do you struggle with the most?

Honestly, I struggle more with promo than writing. Writing is my escape, and I tend to ignore real life in favor of immersing myself in the next shiny.

Is there any one book or author you feel inspires you the most?

Stephen King's ON WRITING was the book that took me from "I'd like to write a book" to I CAN DO THIS. The way that he tears down his own first and second draft to smooth out the prose is fascinating. It was my game changer.

I was super-duper over the moon excited to see you announce a fourth Blud book. Can you give us any details about that or would you have to kill us?

Look at the last paragraph of Wicked as They Come and extrapolate. ;) Loooooots of Criminy. And thanks! I can't wait to write it!


More Criminy! I am over the moon with joy!
And most importantly, during the inevitable zombie apocalypse, what is your survival plan?
Find the nearest drugstore and stockpile all the Synthroid. I have thyroid disease and am more worried about that than hordes of undead.

Thanks so much for having me!
Thanks for coming and chatting with us, Delilah! I'm going back to reading SERVANTS OF THE STORM.
Posted by Elizabeth Poole at 3:46 PM 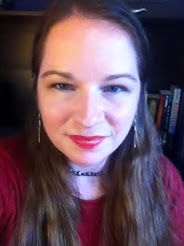 Elizabeth Poole
aka The Liz with the Zombies. I am currently seeking representation. I blog about writing, music, books, and anything else shiny enough to catch my fancy. You can contact me at: writer(dot)elizabethpoole(at)gmail(dot)com 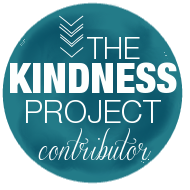 It doesn't have to be random...

Cool Blogs in the Writing Industry